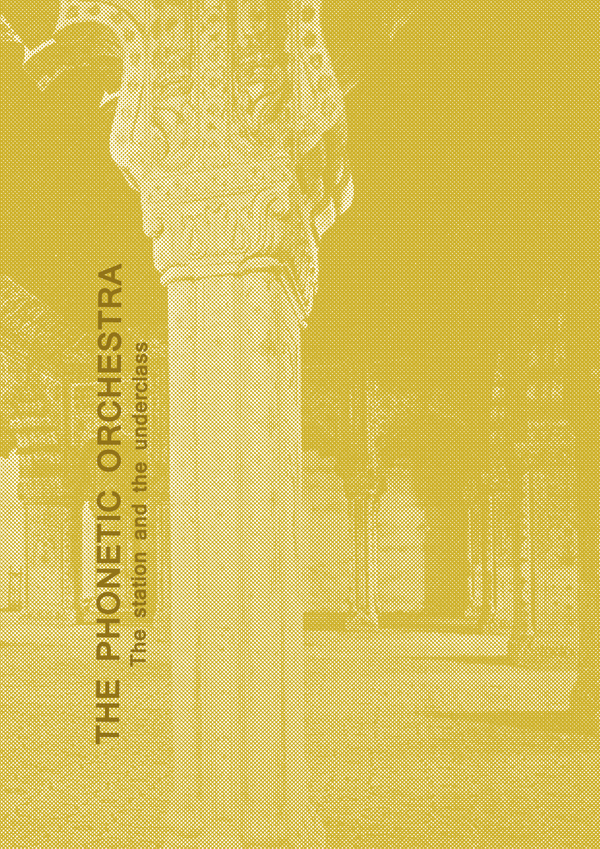 THE PHONETIC ORCHESTRA
The Station and the Underclass

The Phonetic Orchestra, formed in 2012, is an ensemble of nine Australian musicians from diverse musical backgrounds. Its work explores the relationship between notation and sound, as well as the integration of compositional and improvisational frameworks.
–
‘The Station and the Underclass’ was composed by Jon Heilbron in collaboration with the members of the Phonetic Orchestra. The piece was written specifically for performance in the unique acoustic and visual setting of the Mausoleum at the Emanuel Vigelands Museum in Oslo, Norway; a hollowed out, icy, cavernous stone church sealed off from the outside world, with a pale gold light applied only to the very edges of a sprawling mural climbing the high walls and across the arched ceiling. This performance was the second of two given by the Phonetic Orchestra on September 27, 2015.

Composed by Jon Heilbron and members of the Phonetic Orchestra
Recorded by Eirik Bekkeheien at the Emmanuel Vigelands Mausoleum on September 27, 2015
Mixed by Joe Talia