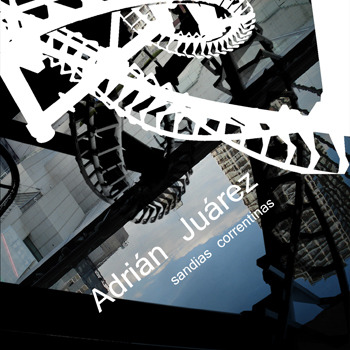 Adrián Juárez was born in La Plata (Buenos Aires, Argentina). He studied piano for several years and then he got close to other musical instuments in an intuitive way. In his plays he comes near a long genre list, going through idm, vocal music, ambient, post rock, experimental, orchest music, afro, percusion, latin american folk and others. His piece « Madres argentinas escandalizadas/de chiquito que soy ninja » (Biathanatos, 2005) was the winner at the « 1st International Digital Format Artistic Production Meeting », and has been played in different institutions in Argentina, Brazil, Chile, Colombia, Mexico, Venezuela, Uruguay, USA, Costa Rica, Italy, Spain, England and Austria. He has edited his work in Argentina, Chile, Venezuela, Peru, Brazil, Poland, Germany, Norway, Bulgary and Spain and he has done many colaborations with other artists, including stream transmitions for SURradio (Latin America) and Raudio (Holland) and the Colectivo Argentino de Improvisación, in which he has the coordinator and producer role. Besides he’s in charge of Frígida Records netlabel where he edits music by artists from all over the world.